Joseph Smith was told as a young man by an angel of God that his “name should be had for good and evil, among all nations, kindreds, and tongues; or that it should be both good and evil spoken of among all people” (History of the Church).

Unfortunately much of the evil spoken of Joseph arises from within the church and comes back to the topic of polygamy.

I have a few friends who are otherwise active and “faithful” members who go as far as to say they “dislike” Joseph Smith and/or that “he was a pervert.”  “Sex was his weakness or downfall” they say.  One such friend serves in a stake presidency.  You will never hear him speak of Joseph over the pulpit.  I think this is a tragedy.

Now, I know not everyone feels this way about Joseph in the church.  I certainly don’t feel that way.  But, like most Mormons I’ve had to rely upon the church and its approved Deseret Book list of authors to answer my questions on this issue to inform my opinions.  I know some personally have who left the church after reading Richard Bushman’s Rough Stone Rolling.  A Deseret Book approved author.  I think the church has done a very poor job in resolving most people’s concerns regarding Joseph and polygamy, despite its best efforts.

Latter-day Saints do not understand all of God’s purposes for instituting, through His prophets, the practice of plural marriage during the 19th century. The Book of Mormon identifies one reason for God to command it: to increase the number of children born in the gospel covenant in order to “raise up seed unto [the Lord]” (Jacob 2:30). Plural marriage did result in the birth of large numbers of children within faithful Latter-day Saint homes.  It also shaped 19th-century Mormon society in other ways: marriage became available to virtually all who desired it; per-capita inequality of wealth was diminished as economically disadvantaged women married into more financially stable households; and ethnic intermarriages were increased, which helped to unite a diverse immigrant population.  Plural marriage also helped create and strengthen a sense of cohesion and group identification among Latter-day Saints. Church members came to see themselves as a “peculiar people,”covenant-bound to carry out the commands of God despite outside opposition, willing to endure ostracism for their principles.

And so as an LDS person growing up in a convert family outside of Utah, these were the best arguments we could imagine or muster, always informed by our study of the church’s teachings and in the end always justifying the practice of polygamy all while defending pioneer ancestors I could not claim as my own.  I admit, it was always awkward and usually humiliating.

“Well, why don’t you practice polygamy today?” I was invariably asked.  “Because it’s illegal now and because the Lord revoked the commandment a long time ago.  Oh and back then Utah was not a state”  I might respond.  “But, it was illegal then too wasn’t it?  Isn’t that why the U.S. Government was challenging your church?”  “Well, yeah, but…..”  Always, always awkward.  And at the end of the day, Joseph came out as the perverted scoundrel that started the whole mess.  That impression is too often left in our minds also, as much as we try to ignore the feelings, those seeds are planted if we trust the church’s narrative.

I have family members who, to do this day, while active in the church, despise polygamy and are not comforted by the church’s teachings or essays.

In fact, a young active latter-day saint recently posted his feelings on his blog about his concerns over polygamy and his understanding of D&C section 132.  He concluded polygamy was a false principle and is now facing church discipline with his wife as a consequence.

I find this very disappointing since the church came out just recently and said LDS people will not be disciplined for supporting same sex marriage online.  But apparently if you support traditional marriage online, you will face discipline.  Am I missing something?  Now, I understand there may be other factors related to additional doctrinal disagreements held by the Van Allens.  But, why not simply let people believe as they choose and continue to patiently teach them? 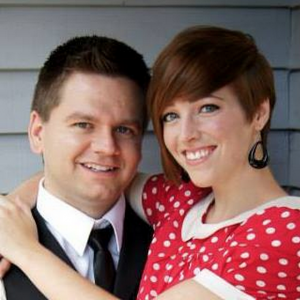 Such is the incredible confusion and comedy of errors over this and many other topics, further exposing the church’s inability to lead in matters of doctrine.

This last week, however, I came across the best and most logical defense of Joseph Smith regarding “polygamy” that I’ve ever read.  Ironically this defense is made by a man who the church recently excommunicated.

I highly recommend this 48 page essay to anyone and everyone.  Far too many people have erred too long on this subject.  Joseph’s name has been spoken evil of in far too many wards and stakes throughout the church.  The church itself has left Joseph hanging, by promoting its view of the truth.  It has not properly defended this man (with the truth) to whom we owe the restoration of the gospel.  The very man whom our Lord has anointed as choice seer, as true prophet, and as the legitimate key holder of this last dispensation.

Joseph Smith wrote the following from Liberty Jail after receiving letters from his loved ones.  His words endear me to him and inspire me to want to be one of his friends.

“We need not say to you that the floodgates of our hearts were lifted and our eyes were a fountain of tears, but those who have not been enclosed in the walls of prison without cause or provocation, can have but little idea how sweet the voice of a friend is; one token of friendship from any source whatever awakens and calls into action every sympathetic feeling . . . until finally all enmity, malice and hatred, and past differences, misunderstandings and mismanagements are slain victorious at the feet of hope; and when the heart is sufficiently contrite, then the voice of inspiration steals along and whispers, ‘My son, peace be unto thy soul; thine adversity and thine afflictions shall be but a small moment; and then if thou endure it well, God shall exalt thee on high; thou shalt triumph over all thy foes.'”  (History of the Church, 3:293; the last portion of this paragraph was later canonized in D&C 121:7–8.)

Far too many of us have been inspired to lock Joseph in the cells of uncertainty (at best) in our minds and hearts because of false teachings allowed by those who ought to be more informed on these issues.

I have no enemies but for the truth’s sake. I have no desire but to do all men good. I feel to pray for all men. We don’t ask any people to throw away any good they have got; we only ask them to come and get more. What if all the world should embrace this gospel? They would see eye to eye, and the blessings of God would be poured out upon the people, which is the desire of my whole soul.  (History of the Church, 5:259.)

I love our prophet Joseph.  I stand to sustain him and invite any who doubt his mission or who believe him to be a fallen prophet to especially read this essay from Denver Snuffer.  A man the church should thank for his brilliant defense of a prophet we should all give the benefit of any doubt.  A prophet who gave his life for the church, even when the Lord had commanded him to escape.

“If my life is of no value to my friends,” he said, “it is of none to me.”  God I love that man.  His words should both inspire and haunt us at the same time. 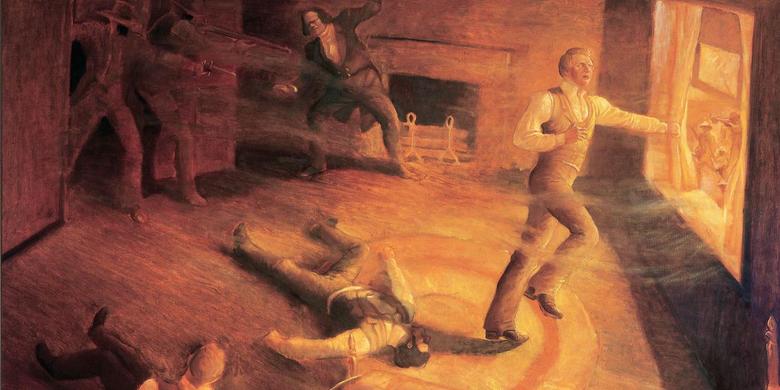