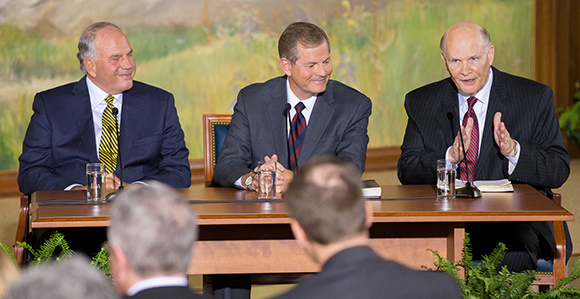 Did anyone else struggle with the general mood permeating this weekend’s Conference?  Did it feel like an Award Ceremony for you?  There seemed to be a lot of extra back slapping and testimony bearing of one another.  Fun press conferences and lots of thank yous and I couldn’t have done this without yous coupled with I’m so blessed and “humbled” and oh did I mention I’m a multi-generational Mormon?

I don’t think it was intended to be conveyed but the message for me was “I’d like to thank my mom and dad and my wife and kids and grandkids and mission president and college classmates and all of you, who have made me into the amazing man I am today.” 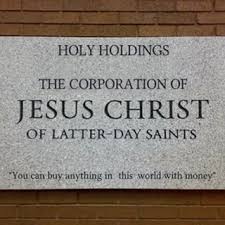 I was also perplexed that there was so much commercialization taking place on KSL in-between sessions, especially on Sunday.  KSL of course is owned by the Church and ad spots during Conference are not cheap.  I was taken aback when I saw a commercial for Icon Health and Fitness just after the Sunday session Elder Stevenson spoke.  He is the founder of Icon and I believe he still has a financial interest in that company.  Was that just a strange coincidence?

Juxtapose the commercialization on the Sabbath to the new hobby theme of “keeping the Sabbath day holy and making it a delight” being mentioned in nearly every talk.  Any issues for you there?  Should the Church be running for-profit ads on Sunday in between the words of “prophets”?  Why not just say, “This next talk by President Monson is brought to you by Lehi Roller Mills” and have the company logo displayed on the screen below him?  It’s not like the Church has no say in the matter.  They could have just as easily chosen to promote nothing during Conference.

Since I first published this post, I have received word from commenters and in email that Elder Devin Durrant used his position and his talk to try to sell merchandise.  I highly recommend reading this story from KUTV.  It may surprise you.

Apparently Elder Durrant tried to capitalize on the word ponderize, a word he invented that he would introduce to the World Church in his upcoming Conference talk.  Apparently they bought the domain name in September 2015, “ponderize.us” and began printing t-shirts and making wristbands to be promoted the moment Elder Durrant finished his talk.  His son Ryan is listed as the contact agent of the domain name (see whois listing).  Elder Durrant has apologized for “letting his son” go ahead with the idea, but only after a lot of criticism and after a lot of family planning to design and order inventory.  To say this is an example of the commercialization of our religion would be an understatement.  As a member, I say shame on us.

I don’t point these things out just to be negative.  Each of us has an obligation to decide if these men who call themselves prophets, seers, and revelators are in fact acting as such.  Do they stand in the presence of God?  Are their words inspired by angelic ministrations?  Have they knelt at Jesus’ feet?  Do they teach others to come unto Him in the same manner?  Or are these just “good” men doing the best they can with the precepts of men?  I don’t condemn them if so.  I pray for them to receive mercy.  I know a few of them and I love them.  BUT, we will be judged if we cannot discern whether they are true prophets or not.

When Adam was being taught all manner of false doctrine by the leaders of churches in his day, he stood firm.  The god of this world trained his leaders to teach the philosophies of men, mingled with scripture (2 Nephi 28:31) and they perfected the craft so that the teaching was received very well by nearly all.  “Except this man,” Adam would not believe what was being taught.  Why not?  Because he had been promised (as we are all promised) that God would send true messengers (Moroni 7:22).

Adam undoubtedly listened to their talks and may have even felt warm inside as church leaders shared stories and comforting words.  But it was not enough for Adam, and so he sought greater blessings.  He remembered God’s promise to His children and despite the pressure, he did not give in to men.

Even when the angels finally appeared and began to speak, Adam questioned their authenticity.  “How shall I know you are true messengers?”  Do we question messengers sent to us today?  We are warned that in the last days, there will be false prophets (3 Nephi 14:15, 1 John 4:1).  Who shall proclaim all is well (2 Nephi 28:21) and that the Lord has done his work and thus now he gives his power unto men (2 Nephi 28:6).  These men will preach there is no hell, only kingdoms of glory (2 Nephi 28:22).  They will preach to get gain (Alma 30:35).  They will wear costly apparel (Alma 31:28).  They will say they “know” Him and will perform many wonderful things in His name.  But, will we question them?  Will we be blessed because we don’t?

Elder Bednar has taught that they are true messengers.  Would Adam have trusted Elder Bednar?  Should we?  Should we look to men (the arm of the flesh) for a message from heaven?  Is that the pattern shown in the temple and in scripture?  Or should we consider ourselves as if Adam and Eve respectively and do as they have done?

When I hear these men speak, I pray God will help me discern.  I believe God expects us to become sanctified that in Christ we may be perfected, in part by discerning between truth and error.  But there are those in red seats who may disagree: 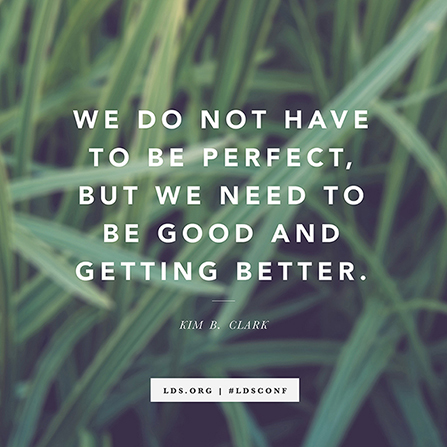 The October 2015 Gen Con Memes are already out, to be tweeted, shared, and promoted so that the digital rock that has been carved out without hands may fill the earth. I sure hope they are doctrinally accurate.

33 thoughts on “The GA Awards”