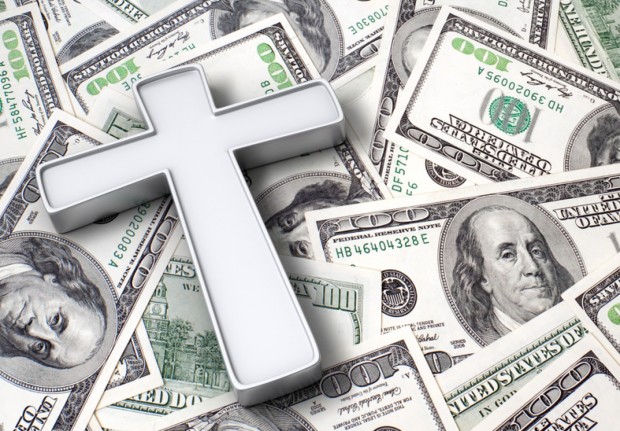 I’ve mentioned before that I have two deal breaking issues with the Church.

A recent comment on this blog sums up my concern better than I can on the issue of the Brethren’s “special witness.”  In part he says:

“I would call the current situation one of ‘deception by omission,’ because the top officers must know that many members believe that divine visitations are common among the higher ranks. The leaders allow this perception to exist and be perpetuated without challenge. Growing up in the church, I was taught by low and mid-level teachers and officers that the first presidency and the apostles know Christ personally, and that divine appearances in the temple are not uncommon.”

This idea of deception by omission, when I first considered it years ago and contemplated its implications, became a turning point for me.  That was when the wheels started to fall off my paradigm.

Up until that point, not only did I believe that their witness was literal, but I also believed that they had achieved their witness by possessing strong faith and by having a firm mind in every form of godliness (Moroni 7:30).  Which as you know is the pre-requisite for seeing Angels.  To see the Lord, the Brethren must practically be Angels…  So I thought.

But instead I began to feel mislead.  I began to see this issue as an honesty issue.  What kind of person would lie or mislead someone about something so sacred!?  That idea began to stir in me and caused me tremendous grief.

I became curious about the idea of a lay ministry. Having served as a bishop and in bishoprics and on high councils, I knew first hand that we were not paid.  Not at the local level.  But as a bishop I began to notice some very strange things about the way certain people in my ward paid tithing.  I noticed that General Authorities didn’t pay tithing through the ward at all. For that matter, they didn’t come to me or my counselors for their temple recommends either.  Not seeing their tithing, I had no idea whether they were paid by the Church or not.

It wasn’t until I came across the leaked Mission Presidents Handbook that my suspicions on their “non-layness” were confirmed.  Interestingly at about the same time I discovered this Handbook, I asked a member of my ward, who I had recommended to serve as a mission president, and who had just received his call, IF this was all true.  My friend turned beet red and began to stutter.  He eventually said, “I’ve sworn to secrecy that I will not discuss this.”

Well, that confirmed it.  I had to then assume that the Brethren above Mission Presidents were also paid.  But how much?

Admittedly, I assumed that some of the Brethren had to be paid something.  I did not begrudge them some kind of housing, food, and travel assistance.  I eased my mind by considering that they likely lived the Law of Consecration — a rumor I had heard many times.  It made a lot of sense to me too.  After all, if they were meeting with Jesus every Thursday, why would they not be living a higher law?  Even if only among themselves.

I envisioned that men like Gary Stevenson would come into the Quorum of the Seventy and would give all they had to the Church.  And that anyone among the Seventy or the Twelve that needed some minimal assistance would be able to receive it from the consecrated funds.  Someone like Thomas Monson after all would not likely have a valuable pension or social security benefit when he became an apostle at the age of 36.

So to receive “assistance” to live a modest life was never an idea that bothered me.

But then I began to hear rumors that the Brethren were paid exorbitant amounts of money.  Like, millions of dollars — Signing bonuses, huge salaries, pay increases for advancement and seniority, black credit cards…

These rumors alarmed me and made me want to know whether I had accidentally lied to all the people I’ve ever told, while holding up a picture of the leaders of the Church, that we were different (better) than all the other churches because “No one in our Church was paid to do anything.  It’s a completely lay ministry.”

Back to this idea of “deception by omission” — I was concerned enough as it was about possibly being wrong about the Brethren’s benefits, but now I was confronted with the idea that they let me, in fact, they encouraged me to mislead people by never correcting the record.

Well, in the last few years I’ve been able to confirm a few more details on what our Church leaders make, which has now been corroborated with the most recent news.

Here is my opinion today what they do and don’t make and what benefits I believe they have:

I’m also left to assume that there is some tax benefit to calling it a living allowance from a 501c3.  This is hinted at in the Mission President’s Handbook by the direction given to NOT report these benefits to tax advisors or on a tax return.

Now the argument I hear even from some is that most of these good men were wealthy before their callings and that full time Church service was not only a sacrifice in every way, but also represented a huge pay cut.

This argument is spelled out by Salt Lake Tribune columnist Robert Kirby entitled Wait’ll You See How Much the Mormon Church Pays Me.

I find Kirby’s piece humorous, but I think his overall point is to downplay the amounts the Brethren are paid as kind of a “Well, that’s nowhere near enough money for me” and so no one should have a problem with it.  He says:

Now that we seem to know what LDS leaders are paid, it’s still OK with me. I say this because I wouldn’t do it for that much. Not even close.

If you were to pay me for wearing a necktie even to bed, while simultaneously trying to keep people on the straight and narrow without a machine gun, it would have to be at least seven figures, each and every one of them a nine.

I earn a lot less than that as a newspaper columnist. How much? Well, it’s none of your *&#@% business, is it? I do what I do for what I make because it’s an acceptable bargain between myself and a tough editor.

Sadly, I think we Mormons are conditioned to say the kinds of things Kirby says.  I actually happen to know thousands of people who WOULD do what these men do and they would do it for FREE!  They would do it for the glory, prestige, power, and/or for the value of service.  In fact many elderly couples do do this sort of thing for free, without any glory, all the time.  The Church sells it to them as a wonderful opportunity to live in Africa for the low low price of only $1400 per month.

Stake presidents and bishops, many or whom work 40-60 hours per week already and then have added to them 20-30 hours of church service, do it for free already Mr. Kirby.

This argument that these men do something special and that they took a pay cut for, frankly, ticks me off.  They should want to do it for free.  Since when do we need to justify that Apostles of the Lord should be paid large salaries?  Most of them are called when they already have pensions and retirements and social security in place.  So why are we talking about pay cuts? Do we really want to believe that President Monson, who is paid the equivalent of $240,000 or more a year, WOULD BE MAKING MORE IN THE PRIVATE SECTOR?  AT AGE 89?  I’m sorry but anyone willing to pay Thomas Monson in his current mental state and at his age $240k a year is a complete moron.  The argument is disingenuous at best, especially given that we boldly declare that these men are not paid anything.

A great blog post was recently written on this topic.  I highly recommend it.  In it the author covers the history of minister salaries in the latter-day Church.  But, for me the biggest issue is that we all are taught and are encouraged to teach that there is no paid ministry — the Brethren know we teach this — and NO ONE CORRECTS the record.  This is a dishonest omission of facts.

Simultaneously Senator Gordon Smith argues in the executive committees of the 12 that the other Christian religions participate in the dangerous practice of priestcraft, all while we are apparently innocent of such abhorrent practices.  Why did the Brethren not correct the record with Senator Smith, in that private setting?

I’m sorry my friends, but $120,000 per year in “living allowance” plus all the other great benefits adding up to at least $240,000 per year is a far cry from a lay ministry.  I wish the Church would at least be honest about it instead of misleading everyone.

For Alma it was far more cut and dry:

And notwithstanding the many labors which I have performed in the church, I have never received so much as even one senine for my labor; neither has any of my brethren, save it were in the judgment-seat; and then we have received only according to law for our time (Alma 30:33).

Our church leaders have taken millions of senines and yet some of them still profit from their personal enterprises as well. Doesn’t sound like much of a sacrifice to me.  It’s certainly not what we preach it to be:  A Lay Ministry.  In fact, I wonder if LDS Church leaders actually make more than other various religious leaders around the world.  Either way, the leaders of the Church should come clean and set the record straight on the issue and allow Church members to decide for themselves if the money we pay them is appropriate or not.

19 thoughts on “The Profit”