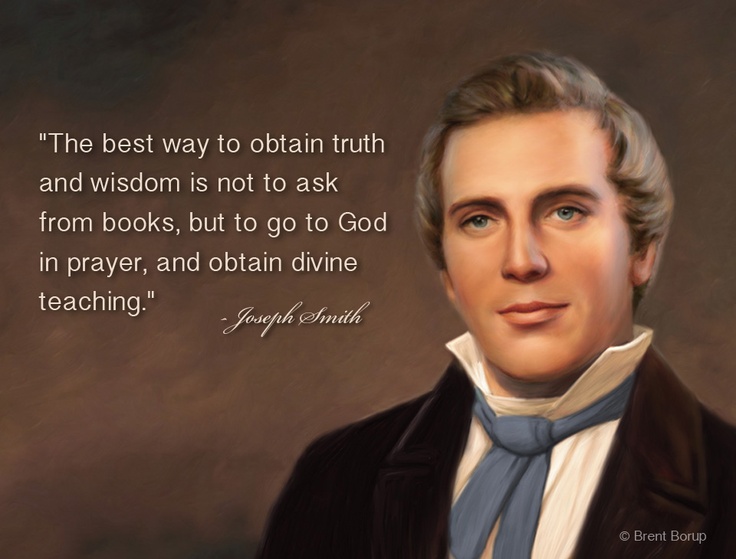 The other Comforter spoken of is a subject of great interest, and perhaps understood by few of this generation. After a person has faith in Christ, repents of his sins, and is baptized for the remission of his sins and receives the Holy Ghost, (by the laying on of hands), which is the first Comforter, then let him continue to humble himself before God, hungering and thirsting after righteousness, and living by every word of God, and the Lord will soon say unto him, Son, thou shalt be exalted.

When the Lord has thoroughly proved him, and finds that the man is determined to serve Him at all hazards, then the man will find his calling and his election made sure, then it will be his privilege to receive the other Comforter, which the Lord hath promised the Saints, as is recorded in the testimony of St. John, in the 14th chapter, from the 12th to the 27th verses.

Now what is this other Comforter? It is no more nor less than the Lord Jesus Christ Himself; and this is the sum and substance of the whole matter; that when any man obtains this last Comforter, he will have the personage of Jesus Christ to attend him, or appear unto him from time to time, and even He will manifest the Father unto him, and they will take up their abode with him, and the visions of the heavens will be opened unto him, and the Lord will teach him face to face, and he may have a perfect knowledge of the mysteries of the Kingdom of God; and this is the state and place the ancient Saints arrived at when they had such glorious visions–Isaiah, Ezekiel, John upon the Isle of Patmos, St. Paul in the three heavens, and all the Saints who held communion with the general assembly and Church of the Firstborn.

Now, there is some grand secret here, and keys to unlock the subject. Notwithstanding the apostle exhorts them to add to their faith, virtue, knowledge, temperance, etc., yet he exhorts them to make their calling and election sure. And though they had heard an audible voice from heaven bearing testimony that Jesus was the Son of God [Mt 17:5], yet he says we have a more sure word of prophecy, whereunto ye do well that ye take heed as unto a light shining in a dark place. Now, wherein could they have a more sure word of prophecy than to hear the voice of God saying, This is my beloved Son?

Now for the secret and grand key. Though they might hear the voice of God and know that Jesus was the Son of God, this would be no evidence that their calling and election was made sure, that they were sealed in the heavens and had the promise of eternal life in the kingdom of God. Then, having this promised sealed unto them, it was an anchor to the soul, sure and steadfast. Though the thunders might roll and lightnings flash, and earthquakes bellow, and war gather thick around, yet this hope and knowledge would support the soul in every hour of trial, trouble and tribulation. Then knowledge through our Lord and Savior Jesus Christ is the grand key that unlocks the glories and mysteries of the kingdom of heaven.

It is not wisdom that we should have all knowledge at once presented before us; but that we should have a little at a time; then we can comprehend it. President Smith then read the 2nd Epistle of Peter, 1st chapter, 16th to last verses, and dwelt upon the 19th verse with some remarks.

Why are we so quick to assume that we are saved or will be saved merely because we have joined the Church, participated in ordinances, and are enduring to the end through home teaching, church service and temple work?

Why does the Church now openly condemn those who prefer Joseph’s admonitions over today’s Church leaders’?

Why would the Lord allow all the prophets of scripture including Joseph Smith to openly testify they have seen Angels and the Lord, only to then instruct all of Joseph’s successors to never testify of the same?

Is it possible today’s Church leaders have never entertained Angels or been in the Lord’s presence?  If they have not, what would this change?  If they have not, why would they lead people to believe they are special witnesses?  And have a “sure knowledge”?  Why would we still call them Prophets, Seers, and Revelators?

Is it possible that Joseph’s words below apply to our Church today?:

Compare this principle once with Christendom (the LDS Church)? at the present day, and where are they, with all their boasted religion, piety and sacredness while at the same time they are crying out against prophets, apostles, angels, revelations, prophesying and visions, etc. Why, they are just ripening for the damnation of hell. They will be damned, for they reject the most glorious principle of the Gospel of Jesus Christ and treat with disdain and trample under foot the key that unlocks the heavens and puts in our possession the glories of the celestial world. Yes, I say, such will be damned, with all their professed godliness. Then I would exhort you to go on and continue to call upon God until you make your calling and election sure for yourselves, by obtaining this more sure word of prophecy, and wait patiently for the promise until you obtain it. (TPJS)

Are we “crying out against prophets, apostles, angels, revelations, prophesying and visions, etc.”?  Is that what today’s leaders are doing when they warn us that making calling and election a focal point is a “tactic of the adversary?”  (Dallin Oaks)  Are they crying against Joseph Smith and his revelations?

Why do we assume that God is not just IF only a few are saved?

And it came to pass that when Jesus had ended these sayings he said unto his disciples: Enter ye in at the strait gate; for strait is the gate, and narrow is the way that leads to life, and few there be that find it; but wide is the gate, and broad the way which leads to death, and many there be that travel therein, until the night cometh, wherein no man can work (3 Nephi 27:33).

Is it because we assume that God cannot damn most of His children and still be just, merciful, and loving?  Do we ignore the scriptures at our own peril?  Do we not understand eternity and eternal progression?

One of my dear friend’s keeps reminding me, “Joseph taught a fundamentally different gospel than the one we teach today.”  I think he’s right.