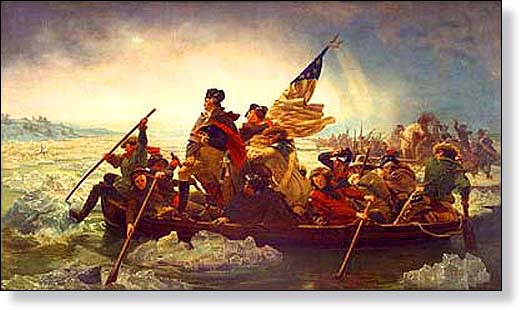 It is my belief that the Constitution is an inspired document akin to scripture.  As Latter-day Saints we ought to be particularly mindful to defend its principles, knowing that the failure to do so will lead to our destruction.  This is the message and warning of the Book of Mormon to the Gentiles who have inherited this land of promise.

A man I respect greatly recently admonished that “If you can see the problem, you should speak up. Help others to understand the path we are on will end with collapse and violence.”  He was addressing other issues, but I think the advice to speak out applies to ALL topics affecting our Constitutional freedoms.

The following letter was written and sent to the First Presidency.  I share it with permission from the author who wishes to remain anonymous.  I think the letter is outstanding and lays out a very compelling argument that needs to be heard and considered.  I applaud his courage and hope the Brethren will not retaliate for his sharing his concerns.  I also hope more freedom loving people will express their concerns to the men tasked with leading the church in these matters.

I write to you regarding the Church’s position taken in Utah regarding the rights of the religious to determine whom they will hire and to whom they will rent. As I understand, some of the general authorities of the Church influenced the legislature to take the position that it is permissible to force employers to hire LGBT (Lesbians, Gays, Bisexuals and Transgenders) and for landlords to be forced to rent to the same group, even if they object to doing so because of religious reasons. I also believe that the Church similarly supported exempting religious and educational institutions from this requirement.

Assuming I have my facts straight, I would urge you to reconsider. D&C 134 is considered scripture by the members of the Church. Verse 2 states:

We believe that no government can exist in peace, except such laws are framed and held inviolate as will secure to each individual the free exercise of conscience, the right and control of property, and the protection of life.

All subsequent mention of verses will refer to D&C 134, unless otherwise specified.

If we believe that the right and control of property is an essential aspect of freedom, why did the Church’s leaders move to restrict such? And if the leaders thought there was some good reason to support such a restriction, why did they exempt their own organization? Are the rights of the People somehow subordinate to the rights of one group which they have created?

This section in the D&C talks of the need for the government to respect the conscience of the People. Surely men and women have the right to follow their conscience in this matter. Surely man-made laws, such as public accommodation laws, do not trump God-given laws in this matter. If a person is not permitted to allow his/her religion to inform his conduct in this matter, where is such informing allowed? And what boundaries does the government have to respect? If the right to control property is excepted in this instance, is there really any such right?

Verse 7 talks about the need for government to protect the “citizens in the free exercise of their religious belief“. If Latter-Day Saints or Catholics or Baptists feel a need to manifest that belief in their landlord or employer duties, is not the government duty bound to protect them? Is it not their property/employment position? Do they not have the right to determine to whom it goes? And if it does not go to a certain individual, the latter’s rights have not been violated because it is not their property or position. Why, then, have you supported the government violating its duty?

And while this law supposedly applies to members of all religious societies, so that all of them are affected, has not this law enabled the denial of individual rights of the members of all societies, which is spoken against in verse 9 (We do not believe it just to mingle religious influence with civil government, whereby … the individual rights of its members, as citizens, [are] denied)?

Verse 10 talks about the conduct of religious societies, how they have not the right to “try men on the right of property“.

10 We believe that all religious societies have a right to deal with their members for disorderly conduct, according to the rules and regulations of such societies; provided that such dealings be for fellowship and good standing; but we do not believe that any religious society has authority to try men on the right of property or life, to take from them this world’s goods, or to put them in jeopardy of either life or limb, or to inflict any physical punishment upon them. They can only excommunicate them from their society, and withdraw from them their fellowship.

Yet it seems to me that you have done just that, only using the arm of the law to accomplish what by scripture you could not do. If you thought the act of denying rentals or jobs to LGBT was against our religion, why did you not simply excommunicate the offenders, or instruct stake presidents and bishops to do so?

This action, that you have engaged in, is sad from another perspective. Normally men/women are to appeal to the civil law when the right of property is infringed (verse 11 – We believe that men should appeal to the civil law for redress of all wrongs and grievances, where personal abuse is inflicted or the right of property or character infringed). But what does one do when the infringer is the law itself? Furthermore we are warned to not engage in sedition and rebellion, while protected in our rights (verse 5 – We believe that all men are bound to sustain and uphold the respective governments in which they reside, while protected in their inherent and inalienable rights by the laws of such governments; and that sedition and rebellion are unbecoming every citizen thus protected, and should be punished accordingly). So what are citizens to do when the government itself is the aggressor and offender of rights?

I come to you as a convert and member of 46+ years. I served a mission in xxxx and have served the Church in various callings over the years. I’m just an ordinary member. For most of my life I would never have dreamed of writing such a letter to you. But I learned my love for the constitution by reading talks of earlier leaders such as J. Reuben Clark, David O. McKay, Ezra Taft Benson and others. These verses in the D&C became some of my favorite ones:

4 And now, verily I say unto you concerning the laws of the land, it is my will that my people should observe to do all things whatsoever I command them.

5 And that law of the land which is constitutional, supporting that principle of freedom in maintaining rights and privileges, belongs to all mankind, and is justifiable before me.

6 Therefore, I, the Lord, justify you, and your brethren of my church, in befriending that law which is the constitutional law of the land;

7 And as pertaining to law of man, whatsoever is more or less than this, cometh of evil.

8 I, the Lord God, make you free, therefore ye are free indeed; and the law also maketh you free.

9 Nevertheless, when the wicked rule the people mourn.

77 According to the laws and constitution of the people, which I have suffered to be established, and should be maintained for the rights and protection of all flesh, according to just and holy principles;

78 That every man may act in doctrine and principle pertaining to futurity, according to the moral agency which I have given unto him, that every man may be accountable for his own sins in the day of judgment.

79 Therefore, it is not right that any man should be in bondage one to another.

80 And for this purpose have I established the Constitution of this land, by the hands of wise men whom I raised up unto this very purpose, and redeemed the land by the shedding of blood.

54 Have mercy, O Lord, upon all the nations of the earth; have mercy upon the rulers of our land; may those principles, which were so honorably and nobly defended, namely, the Constitution of our land, by our fathers, be established forever.

I served my country on active duty for 7+ years in the Army (and later in the Army Reserve) and taught soldiers under my care about the Constitution which we had all sworn an oath to defend and protect.

Never in my life would I have imagined that the leaders of my Church, who are acknowledged as prophets, seers and revelators, would become the enemies of that same Constitution which I hold as sacred and which I pledged to defend and protect.

So I am in a quandary. I know the teachings of not correcting someone who is higher in authority than myself. I also know this scripture:

D&C 88:81 Behold, I sent you out to testify and warn the people, and it becometh every man who hath been warned to warn his neighbor.

I have been moved in my heart to so warn you. I know I am nothing but the Lord is the Almighty and He will not be mocked. When I asked Him about telling you these things, He said:

“warn your brethren that their course leads to hell and the enemy of their soul. It is not of Me.”

Brethren, I want the best for you. Please consider these things.