I received this paper today from a friend who wishes to remain anonymous for the time being.  I’ve looked at it and believe it to be one of the best accounts to date on the subject.  Denver Snuffer also has written a paper of similar length on the same topic that I strongly recommend as well. 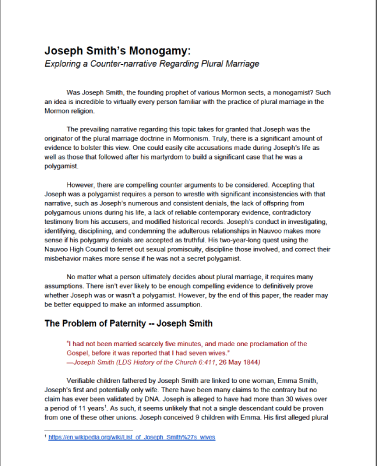