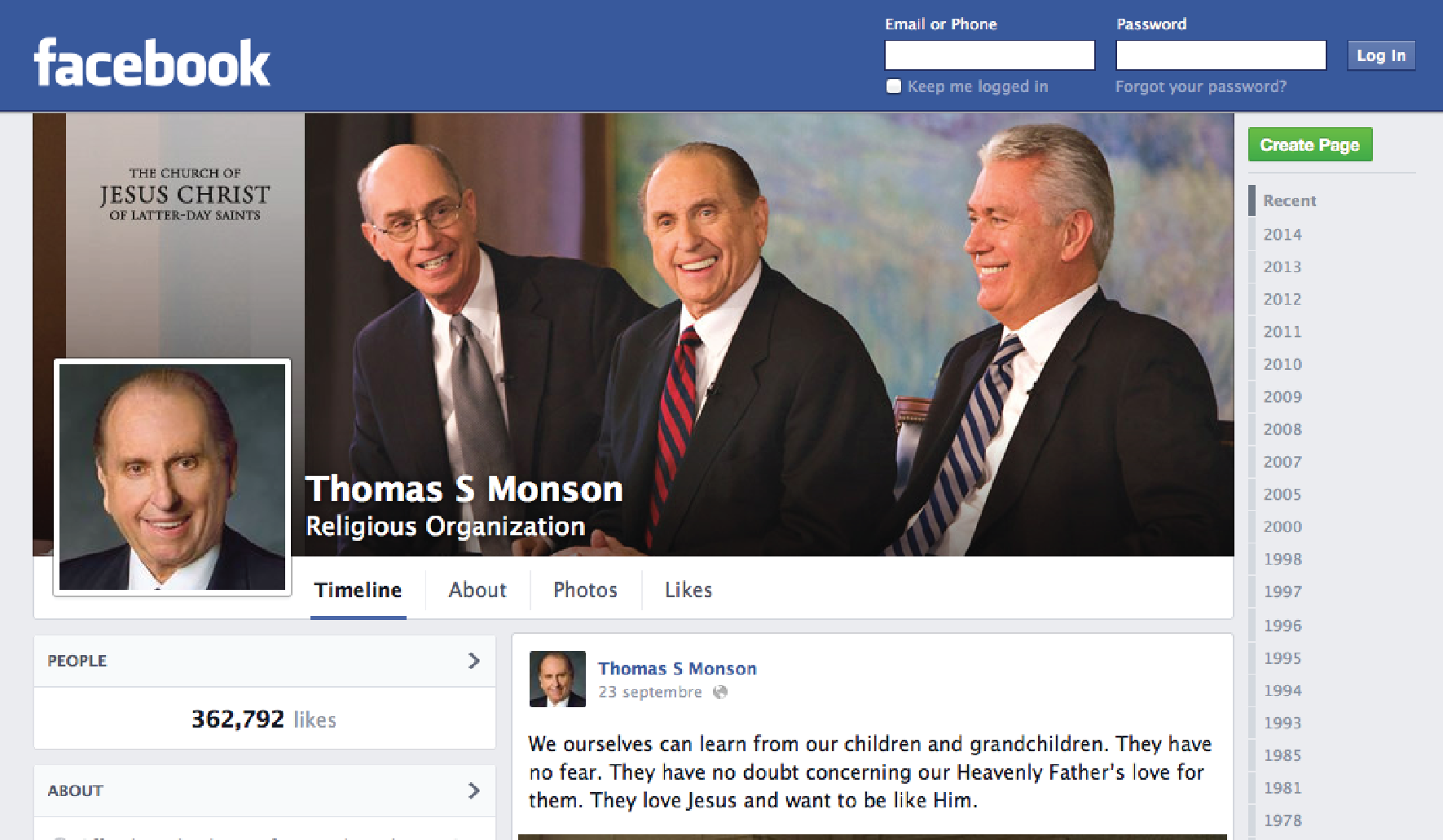 I recall sitting in a special meeting called by our stake president a couple years ago, where we were asked to make sure everyone in our wards, including the youth, were on Facebook ASAP.  We were then instructed to go to the Prophet’s Facebook page and “Like” him, as well as the other general authorities.  Ironically, at that same time, I was feeling prompted to hold a special fireside for parents of the youth to talk to them about my very serious concerns over our children’s time wasted online and the dangers of pornography and sexting, which were ever so prevalent in our ward.  The message I felt inspired to share seemed to fall on deaf ears with the sudden push by the church to get more connected and to go online more.

Elder Bednar was also simultaneously asking our youth to go online (on their smart devices) to do indexing.  My kids came home from those meetings with all kinds of new “revelatory” reasons for why we needed to buy them iPhones.  It was hard enough that all their church friends all had phones, and now pressure, instead of support, from the top. 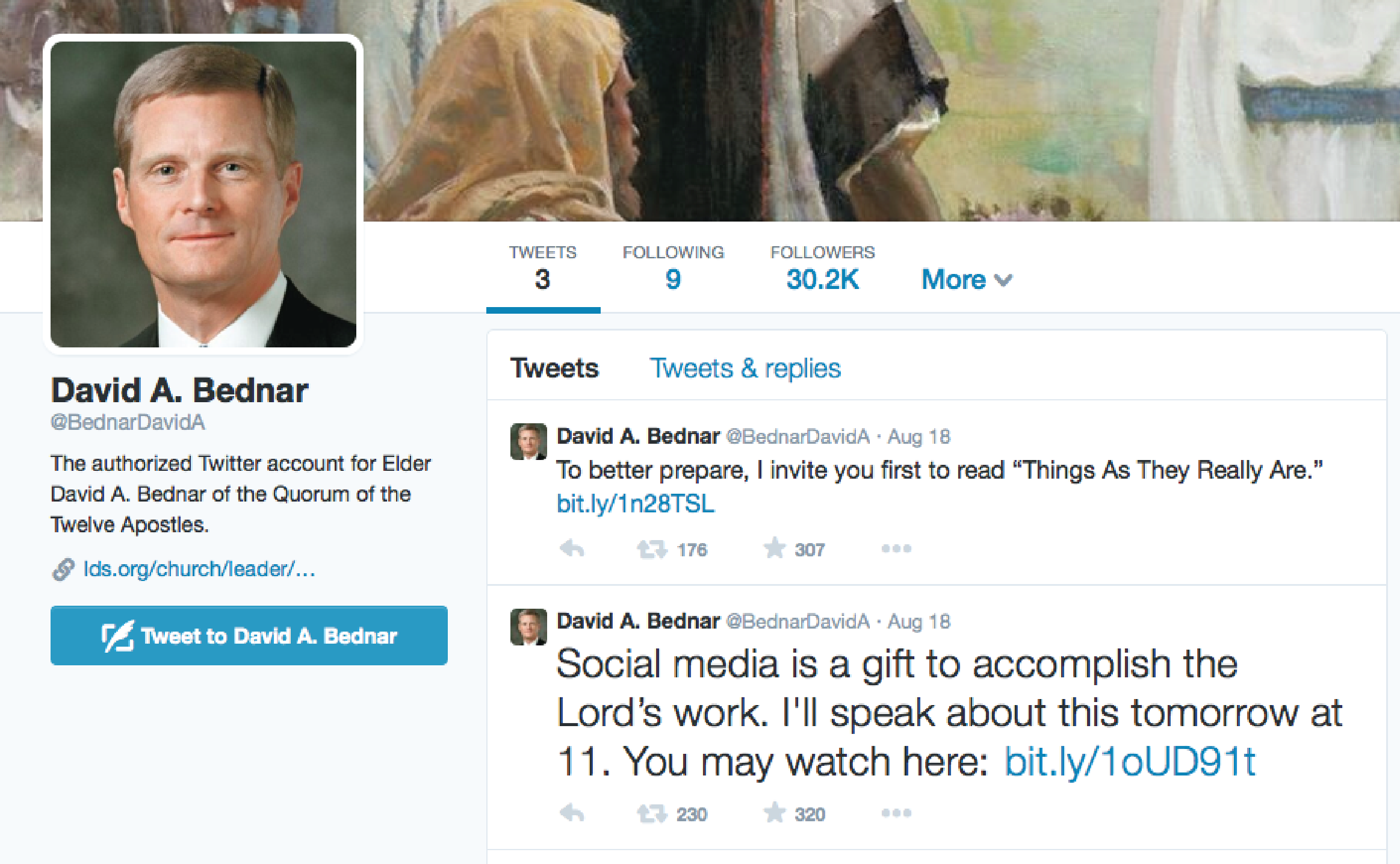 And yet not too many years ago it seemed like every general conference talk was warning us about the dangers of the Internet.  “Keep your computer in the kitchen in the view of everyone,” for example.  Now, every 10-18 year old youth in my ward (practically), has their own hand held smart device.  Most kids who confessed a pornography problem during my tenure said their problem began with their smart phone, often while sitting in the living room with their whole family present, “talking.”

The clear message from the church for many years was one of great caution regarding the Internet and such access.   Here’s a sample talk from that era from President Hinckley. 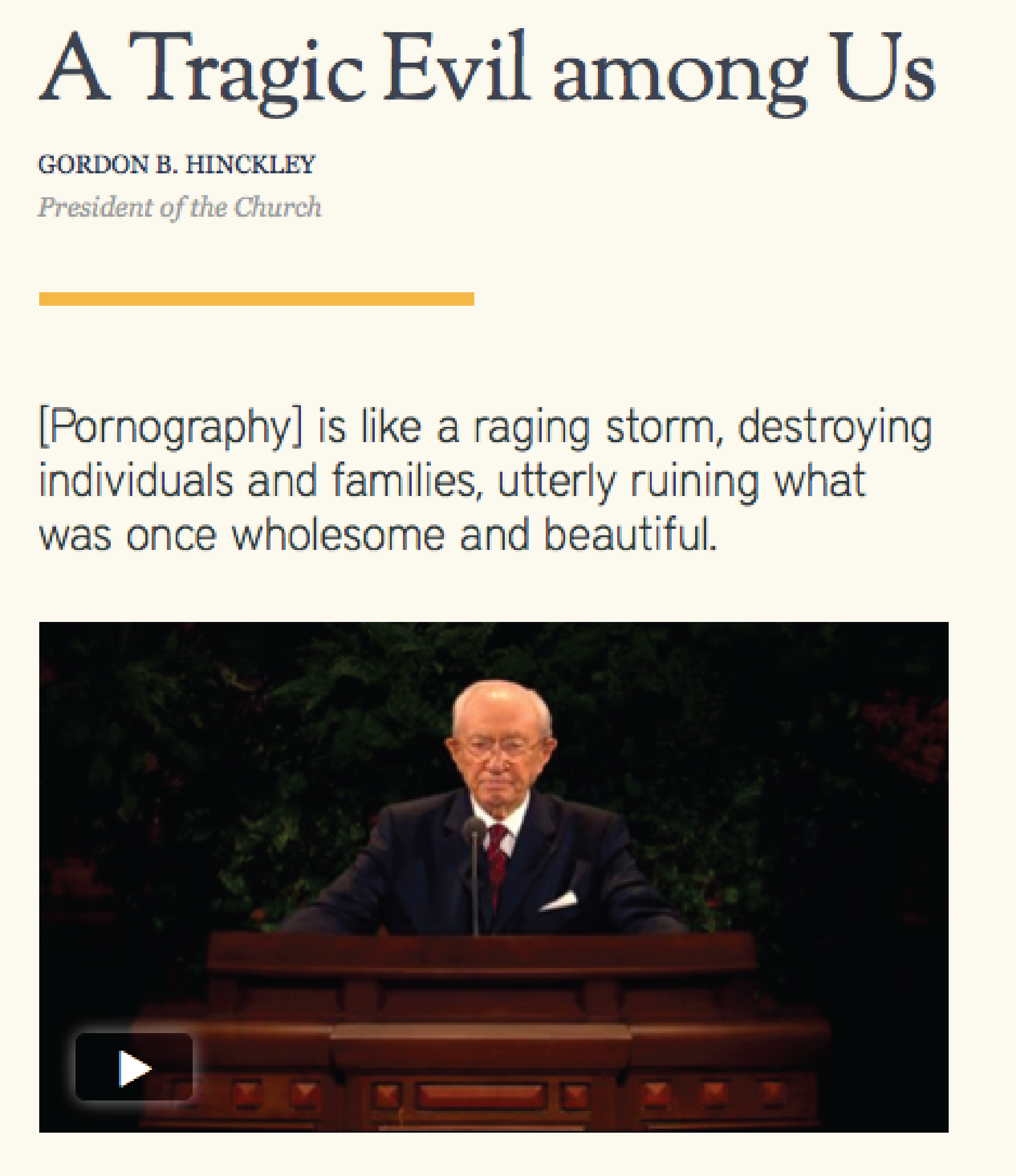 You can read the entire talk by clicking on the image above.

“This is not the only letter I have received. There have been enough that I am convinced this is a very serious problem even among us. It arises from many sources and expresses itself in a variety of ways. Now it is compounded by the Internet. That Internet is available not only to adults but also to young people.

I recently read that pornography has become a $57 billion industry worldwide. Twelve billion of this is derived in the United States by evil and “conspiring men” (see D&C 89:4) who seek riches at the expense of the gullible. It is reported that it produces more revenue in the United States than the “combined revenues of all professional football, baseball and basketball franchises or the combined revenues of ABC, CBS, and NBC” (“Internet Pornography Statistics: 2003,” Internet, http://www.healthymind.com/5-port-stats.html).”

And now, the message from the top seems to be, “If you don’t have a Facebook page, or a Twitter account, or you’re not LinkedIn, not texting, or at a minimum equipped with a smart device, get with the program!”  In its desire perhaps to improve its image, to preach the gospel online, do more Family History, to rank higher in the search engines, or perhaps even to fight against anti-Mormon messages online, the leaders of the church now encourage members getting online.  I understand the church has whole departments at the church office building (COB) devoted to such efforts.  Missionary couples and others are also called as full-time volunteers to work in the cyber trenches for the church.  It’s really quite amazing.

The church also seems to spend a lot of money on Google Adword campaigns.  I find it somewhat amusing that when I do a Google Search for “Pure Mormonism,” I often see the LDS Church’s Pay Per Click (PPC) ad, by itself at the top, just above Rock Waterman’s Pure Mormonism blogspot.  This means that the church is paying for that keyword search (Pure Mormonism) and seems intent on intercepting people searching that term.

As a side note, I remember in a leadership training meeting where Elder Bednar told the story of how he was asked the following question:  “How are you guys (referring to the brethren) so in tune with the Lord?”   Elder Bednar’s response was interesting.  “First of all,” he said “we are not ‘guys’.  We are prophets, seers, and revelators.  We are special witnesses.  Don’t refer to us as guys.”  (I caveat that I mean no disrespect to Elder Bednar.  I simply relay the experience as I recall it.)

But, in the same training and later that weekend, Elder Bednar used words like “rad, dude, gnarly, and freakin'” and he gave all the youth “his” cell phone number and asked them to text him.  Oh and to go “like’ their Facebook pages.  The social media push feels very much like a “guys” and “dudes” attempt to make the world “Like” us more.

Showing a further commitment to the church’s new direction, missionaries in many parts of the world are now required to bring an ipad to the MTC.  Now, I admit that it is perhaps easy to critique such decisions from a distance.  Some commentators have already criticized me for doing so.  But, I will say that as a parent, the last thing I want my child to have on their mission is an iPad.  Some of the miracles I saw with young men overcoming pornography were because they were sent to places like Mexico and were disconnected from such distractions.  I could tell numerous stories, were I permitted to, of missionaries who came home early because they went online in the mission field and got into trouble.

Now, some of you may be saying, “But Bishop Anon!  You sound like an old dud unwilling to adapt!  These kids will be online whether we like it or not, so why bury our heads in the sand?  Let’s get them online using such devices to ‘Do the Lord’s work!'”  I get that concern and can respect the argument, to a degree.

I guess my feelings are mixed.  I grew up in the church being told we were peculiar and that we should not try to be like “the world”.  I grew up on the East coast.  We were often confused with Mennonites, Quakers, and the Amish.  I was taught it was okay if people didn’t “like” us.  It seemed like even in a modernizing and changing time, we were still being taught to be somewhat old-fashioned and to be careful about our focus on the worldly and about ever becoming too up with the times or sophisticated.

Here’s an interesting quote from Harold B. Lee:

“Our failure to be a “peculiar” people in maintaining our standards, despite the jeers and the criticisms of the crowd, will be our failure to be chosen for that calling to which we are called. The Lord has told us, “Behold, there are many called, but few are chosen” (D&C 121:34), and then in the same revelation points out two reasons why men fail of their blessings. The first reason he gives is that their hearts are set so much upon the things of this world, and the second is that they aspire so much to the honors of men. So then as Church members let us beware lest we set our hearts upon the things of this world and lest we aspire so much to the honors of men that we compromise our standards. If we do so, we will be cut off in the Day of Judgment and will lose our blessings. Our reward for daring to live the gospel despite the oppositions from the outside world will be to have blessings added upon our heads forever and forever.”

I not saying that all technology is evil or wrong.  But, I believe our obsession with being popular with the world, wasting countless hours in so called urgent stake meetings teaching other leaders and members how to “Like” each other, and our encouragement of more time online, feels to me like a step in the wrong direction.