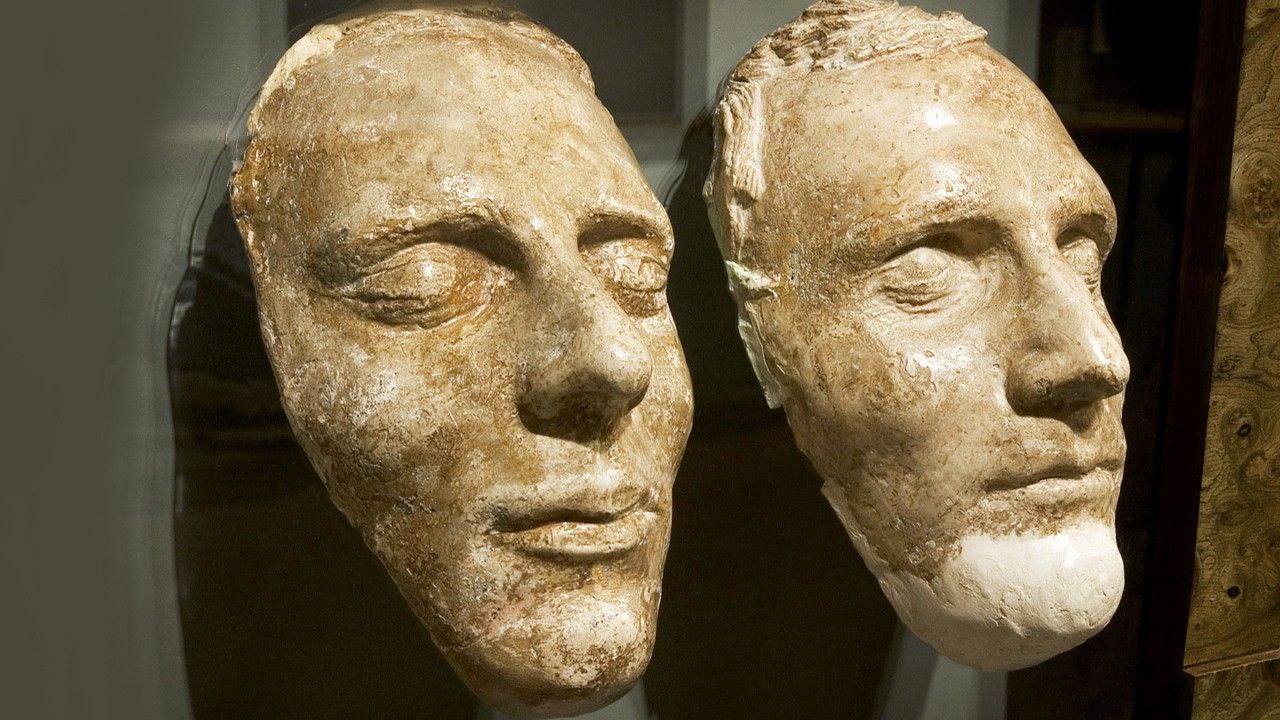 After Joseph and Hyrum were killed, the Church was confronted with a veritable succession crisis.  We don’t appreciate this dilemma well today and the Church never discusses it, but it was the quandary of a lifetime for the newly forming Church.  Could you imagine leaving your home country to join the Church, leaving all you possess, potentially being disowned by your family and loved ones, making the long and dangerous journey to Nauvoo… only to find that the Church’s beloved founding Prophet and his successor had just been killed and no one knew what to do?  For three and a half years!

Brigham and Sidney were among those putting their names in the hat for who would be the Church’s custodian until Joseph’s son, Joseph III (only 11 years old at the time) was old enough to be the Church’s leader.

Most, if not all, factions proposing succession solutions, believed the Smith family had some lineal right to lead the Church.  I know this idea doesn’t resonate for most LDS people today.  I recall many times in my Church experience the idea being conveyed that this was one of the things “wrong” with the Smiths and with the RLDS.  “They simply didn’t understand that authority doesn’t just follow some family line… That’s just not right — they’re not entitled to anything.  That’s nepotism and the Lord doesn’t work that way.”  Of course, this disagreement is what truly distinguished the LDS and RLDS churches. This and polygamy, which were the main points of contention between Brigham and Emma / Joseph.

When Joseph died, Brigham’s first words were, “We’ve lost the keys.”  Emma went on to say shortly thereafter, “If there is no Joseph, there is no Church.”  Both of these comments from two of the most important remaining Church leaders (The president of the Quorum of the Twelve and the president of the Relief Society), point to the fear that in losing Joseph and Hyrum, they had potentially lost the ability to continue as a Church.

After 3 1/2 years of the Church not having a leader, Brigham persuaded a large enough portion of the Church that he, as the President of the Quorum of the Twelve, should be entrusted to lead the Church… until Joseph III was old enough.  That group eventually migrated West with Brigham and the Utah LDS Church was born, while Emma and Joseph III and many others stayed back or went elsewhere.

But before getting to that point, Brigham’s dilemma would be satisfying the concerns of those loyal to Joseph and sympathetic to Emma.  Emma and many others did not trust Brigham and Brigham despised Emma as the “most damnable liar.”  Eventually the RLDS Church would be formed where Joseph III would became its leader, but in the meantime, while the Church was still in full succession crisis, and perhaps in order to appease the Josephites, in May of 1845 Brigham, as Senior Apostle, ordained William Smith (Joseph’s and Hyrum’s brother) as Presiding Church Patriarch, thus replacing Hyrum.

Brigham would later excommunicate William for apostasy who then went on to become the Presiding Patriarch for the James Strang LDS branch. Brigham replaced William Smith with “Uncle John” Smith, Joseph Smith Sr’s brother — all of which corroborates the belief at the time that “a Smith” needed to be had in this position, whether in the LDS, RLDS, or Strangite branch of Mormonism.  William went even further and claimed that as a Smith, he had some sort of right to preside due to the “doctrine of lineal succession.”  (Source)

“Smith’s relationship with Young remained strained until Young’s death in 1877. Smith believed that Young had arranged for William’s older brother Samuel to be poisoned in 1844 to prevent his accession to the presidency of the church.”  (Source)

Hyrum had been the Church Patriarch when he was killed and he was given a “lineal ordination” by his father Joseph Smith Sr. who at the time was literally on his own deathbed.  Hyrum, as Church Patriarch, was the rightful successor to the Prophet Joseph when he died.

So, Brigham and the LDS Church, it would seem, “honored” the Smith family by giving this High Office of Church Patriarch to a Smith descendent in 1845 and 1849 and thereafter.  This person would eventually ordain the next prophets and on the Church’s hierarchy charts would be shown as equal to the First Presidency, although he would no longer be next in line for succession. 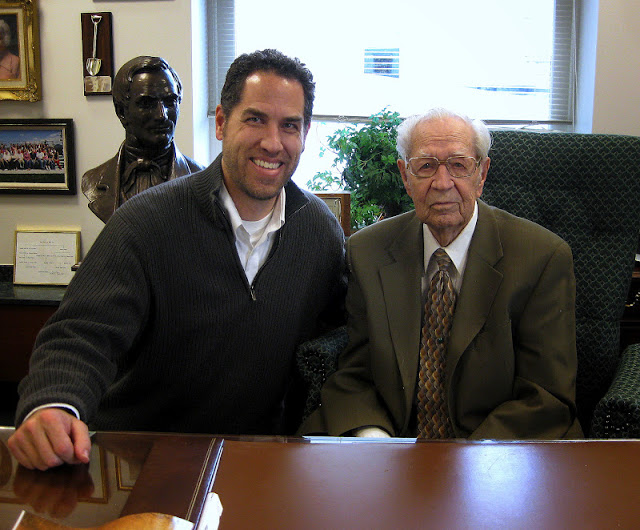 I had a friend who in 1979 was just beginning his new career as a full time seminary teacher. He said that Eldred Smith was scheduled to speak to a group of seminary teachers at Timp View High School, when he received the news of his office being made emeritus.  My friend confirmed that Smith was very upset and told this group that “the Church has no idea what it’s done.  They can’t take away my authority even if they kill me!” Smith reportedly said.  My friend also said that after Eldred Smith’s remarks, there was a lot of frantic damage control to reassure these seminary and institute teachers that the Church was still true.

Nonetheless, for the next 36 years, Eldred Smith was given a small office and was allowed to give blessings and to travel around the Church with Smith family relics that his family owned, independent of the Church.  The box the Gold Plates were kept in.  Emma Smith’s footstool.  Hyrum’s clothes he wore when he was killed.  His pocket watch that was hit by a bullet, etc.  (Source) 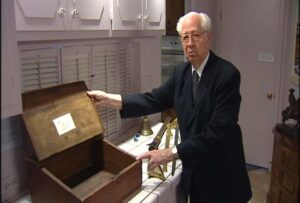 Smith died at age 106 on April 4, 2013 and he was not replaced with any member of the Smith family line.  As a result, the Lineal office of Presiding Patriarch that had been established by the Lord was no longer being honored by the LDS Church in any way, shape, or form.  The Smith family and the “keys” or authority it held, were now officially being set aside and disregarded, without a revelation from the Lord in 1979 and now in 2013, the Church had effectively snuffed out its Patriarchal connection to Joseph and Hyrum Smith, completely.

Is it possible that the death of Eldred G. Smith at the age of 106 on April 4, 2013, was some sort of sign regarding the LDS Church’s authority?  Or perhaps a sign regarding the condemnation the Church was / is under for its role in the deaths of Joseph and Hyrum?

This man, Denver Snuffer, wrote a letter of appeal to the First Presidency, which was denied.  Snuffer did not want to be excommunicated and pleaded with the LDS Church to not commit the offense of cutting him off.  I was there when this all took place and I can testify that Joseph and Hyrum have no greater mortal advocate than Denver Snuffer.  The Church was wrong by cutting such a man off.  Denver’s writings on Joseph and on the Restoration are remarkable.

As we commemorate 177 years this week since Joseph’s and Hyrum’s martyrdom, I’m incredibly grateful that there is some person and some group that is trying to honor the work of the Restoration which began with Joseph Smith in the Spring of 1820.  Praise God for His Strange Act now again under way.