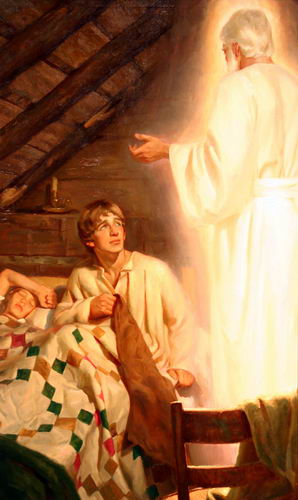 On September 21, 1823, seventeen year old Joseph Smith received another heavenly messenger.  It had been a very difficult three years since his first vision, during which time he suffered:

“…severe persecution at the hands of all classes of men, both religious and irreligious, because I continued to affirm that I had seen a vision…being of very tender years, and persecuted by those who ought to have been my friends and to have treated me kindly, and if they supposed me to be deluded to have endeavored in a proper and affectionate manner to have reclaimed me—I was left to all kinds of temptations; and, mingling with all kinds of society, I frequently fell into many foolish errors, and displayed the weakness of youth, and the foibles of human nature; which, I am sorry to say, led me into divers temptations, offensive in the sight of God.”  (JS-H 1:27,28)

Like prophets of scripture, Joseph was experiencing rejection, ridicule, and disappointment from those “even who ought to have been his friends.”  The lack of support must’ve left him very discouraged.  He surely felt very alone as he approached the Lord on this night of autumnal equinox, although surrounded by his siblings who all shared the same bed in that tiny loft of the Smith residence in upstate New York. 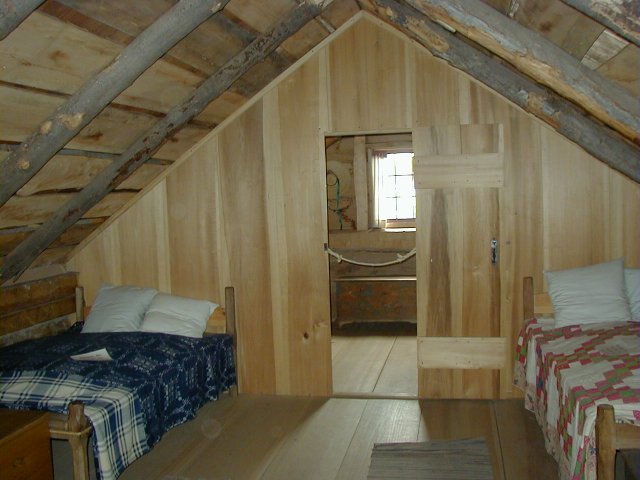 “In consequence of these things, I often felt condemned for my weakness and imperfections; when, on the evening of the above-mentioned twenty-first of September, after I had retired to my bed for the night, I betook myself to prayer and supplication to Almighty God for forgiveness of all my sins and follies, and also for a manifestation to me, that I might know of my state and standing before him; for I had full confidence in obtaining a divine manifestation, as I previously had one.”  (JS-H 1:29)

Interestingly, it does not appear from the record that Moroni spends a lot of time consoling Joseph nor does he pull up a chair and listen to his concerns.  Moroni is laser focused on the message he has been commanded to deliver to young Joseph.

He called me by name, and said unto me that he was a messenger sent from the presence of God to me, and that his name was Moroni; that God had a work for me to do; and that my name should be had for good and evil among all nations, kindreds, and tongues, or that it should be both good and evil spoken of among all people.  (JS-H 1:33)

After then proceeding to tell Joseph about the ancient record Moroni does something I have always found very curious.  He begins to quote scripture, word for word, seeming to cut and paste in symphonic fashion from various prophets from various dispensations.  Imagine being in the presence of a glorious being sent from the presence of God and with the voice of an angel he begins to speak of the destruction soon to come, as pronounced by incredible prophets such as Isaiah, Joel, Paul and Malachi:

“For behold, the day cometh that shall burn as an oven, and all the proud, yea, and all that do wickedly shall burn as stubble; for they that come shall burn them, saith the Lord of Hosts, that it shall leave them neither root nor branch...Behold, I will reveal unto you the Priesthood, by the hand of Elijah the prophet, before the coming of the great and dreadful day of the Lord…And he shall plant in the hearts of the children the promises made to the fathers, and the hearts of the children shall turn to their fathers. If it were not so, the whole earth would be utterly wasted at his coming.”  (JS-H 1: 37–39)

In addition to quoting this slightly different version from Malachi, Moroni also:

“…quoted the eleventh chapter of Isaiah, saying that it was about to be fulfilled. He quoted also the third chapter of Acts, twenty-second and twenty-third verses, precisely as they stand in our New Testament. He said that that prophet was Christ; but the day had not yet come when ‘they who would not hear his voice should be cut off from among the people,’ but soon would come. He also quoted the second chapter of Joel, from the twenty-eighth verse to the last. He also said that this was not yet fulfilled, but was soon to be. And he further stated that the fulness of the Gentiles was soon to come in. He quoted many other passages of scripture, and offered many explanations which cannot be mentioned here.”

There are so many amazing things in Joseph’s account worth great study and attention.  But in interest of time, I’d like to focus on the words of Joel while keeping in mind that the angel would appear 4 times that night and next morning and repeat the exact same message:

And it shall come to pass afterward, that I will pour out my spirit upon all flesh; and your sons and your daughters shall prophesy, your old men shall dream dreams, your young men shall see visions:  And also upon the servants and upon the handmaids in those days will I pour out my spirit. And I will shew wonders in the heavens and in the earth, blood, and fire, and pillars of smoke. The sun shall be turned into darkness, and the moon into blood, before the great and the terrible day of the Lord come.  And it shall come to pass, that whosoever shall call on the name of the Lord shall be delivered: for in mount Zion and in Jerusalem shall be deliverance, as the Lord hath said, and in the remnant whom the Lord shall call.  (Joel 2:28–32)

Why did Moroni come four times?  Why not three?  Why not five?  Why would he then ask Joseph to appear on the same day (the Autumnal Equinox) for the next four years at the Hill Cumorah?  What was the significance of the number four, if any?

What is also interesting is that since 1823 there have been many “blood moons” and “solar eclipses.”  Assuming this is what is meant by the references to blood and darkness.  Does anyone else find it odd that Moroni is quoting prophets from the Old and New Testament saying the time of burning is soon at hand, and oh by the way, it won’t happen before a blood moon and solar eclipse, when such a thing is not very unique?

Unless of course, it’s four blood moons and a solar eclipse.  What if Moroni was leaving Joseph a message with the emphasis on the number four? 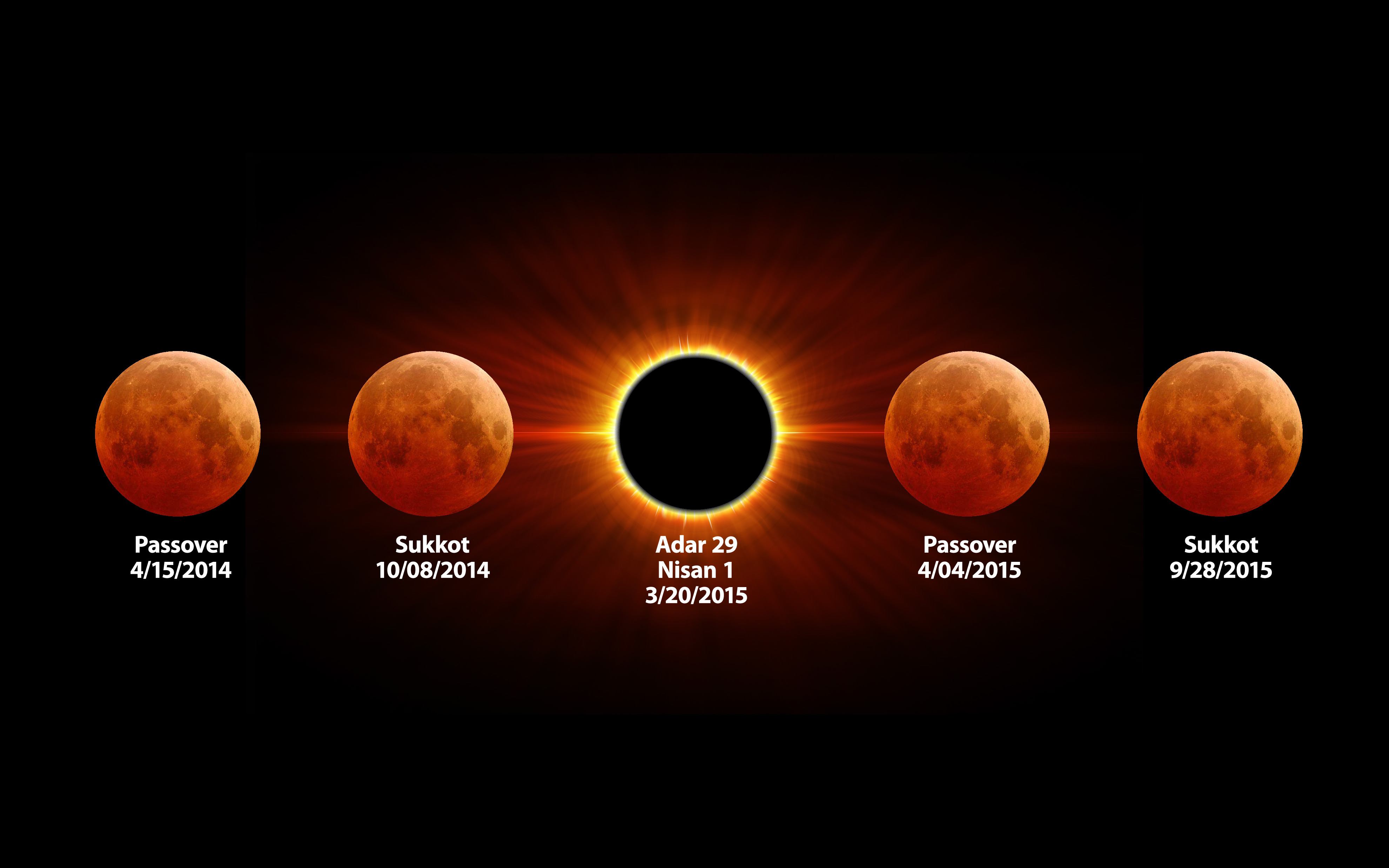 Many of you are aware that we are living history this year as it pertains to Blood Moons.  We are experiencing what is called a Tetrad of Blood Moons.  It’s not the first Tetrad we’ve seen since Christ’s first coming.  But, all the Tetrads have been during years of great significance for Israel.

So here we have four blood moons, all happening to fall on really important Jewish dates.  And as if that weren’t interesting enough, the four moons are separated by a solar eclipse.  It’s almost as if Moroni was trying to say, “when these things shall happen four times, while the sun is also darkened, make sure you take notice, because it will be soon after that.”

There is so much more here to study and to see and to ponder.  I found an intriguing article written on this topic by a person not of our faith.  He speaks of a prophecy by a Rabbi Judah Ben Samuel in 1217 AD.  I definitely think it’s worth a read.  I’d love to hear your thoughts.

As I read and ponder such things I am reminded that our Lord must soon be coming.  It has been nearly 200 years since Joseph’s first vision and since that first visit from Moroni!  I often hear people in the church say they “can’t wait until He comes again!”  I don’t know that I share that same sentiment.

He and those that come will destroy many of us.  Or their glory will at least.  I feel the need to repent and to become more prepared before He comes.  To be a better husband and father, son and brother.  To be more humble, more trusting in Him.  I need His grace and seek His fulness.

I know many of you may relate to Joseph in feeling discouraged at this time, by rejection from those who ought to be your friends.  God bless you.  I know God hears your prayers and will comfort you as you turn to Him.

I leave you with a beautiful version of a song I wish was in our hymn book.  Amazing Grace.  I have heard it’s not included in the hymnal for doctrinal reasons, although I notice the Mormon Tabernacle Choir has sung it on occasion.  Either way, I hope you enjoy it.  It really is all about His Amazing Grace. 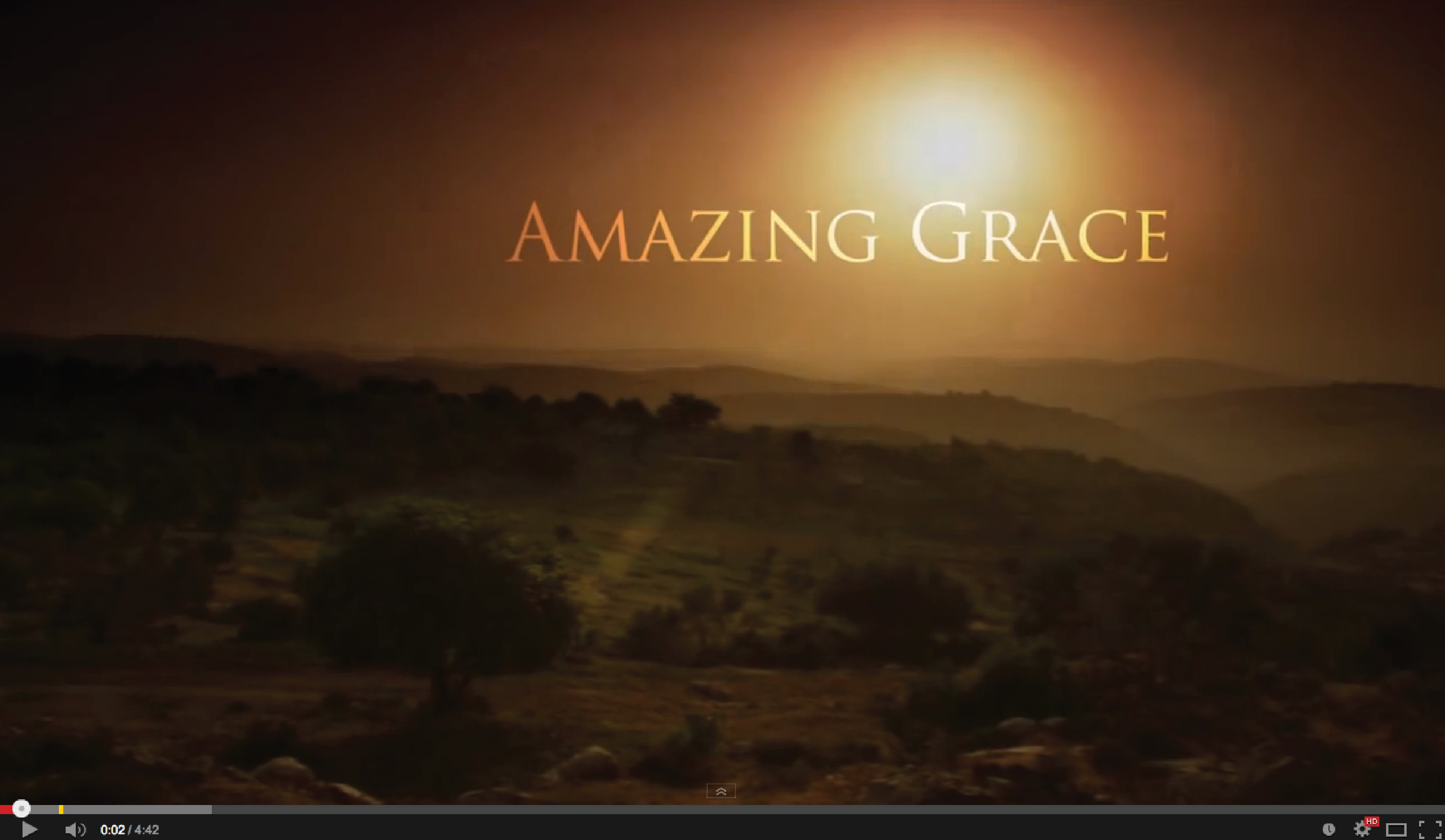 17 thoughts on “The Second Coming and Blood Moons”