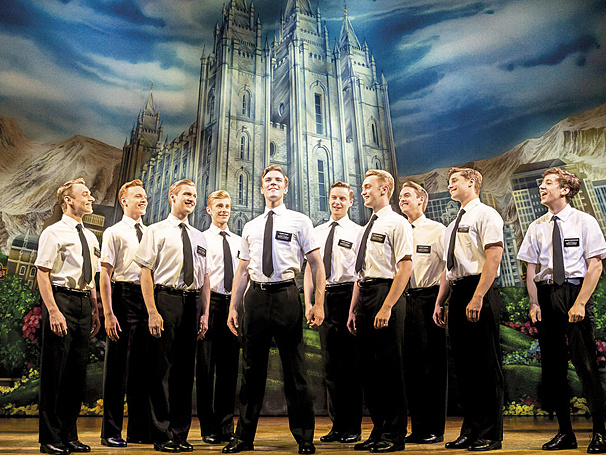 Mormonism is heading in a new direction.

In times past, Church leaders fought very hard to limit or stamp out completely any anti-Mormon pamphleteers near Temple Square.  Today they are donating millions of dollars to a new theater that will play The Book of Mormon musical, a production that mocks and scorns our faith.  It’s the worst kind of anti-Mormon material, laced with humor and all kinds of sacrilegious innuendo.  But, for reasons unknown to many faithful Saints, the Church has effectively now endorsed its existence in Salt Lake City.

What else will the new Eccles Theater play?  Kinky Boots, Dirty Dancing, and who knows, maybe eventually some adult cabaret, all brought to you “in part” by the Church of Jesus Christ of Latter-day Saints.

Some will argue that the Church is making the best of what they call the the Publicity Dilemma?  Which for those of you who are familiar with media terms, it’s like the no news is bad news principle where some think that just being in the news is good.  And so rather than complain about bad publicity, why not seize the opportunity?  Following this line of thinking, perhaps we should put ads for the Word of Wisdom at bars and on beer bottles in Salt Lake City in addition to Book of Mormon ads in the Book of Mormon musical’s billfold.

Of course the Church, some will say, is just doing its part to show the world that Salt Lake City is sophisticated and open-minded in every way.  This effort seemed to really take shape during the Salt Lake Olympics, led of course by Mitt Romney, with a lot of say from the Church, where every effort was made to not come off as too churchy or religious.

Such an approach, some will argue, is evidence that the Church is trying very hard to attract high dollar converts.  Great skiing, a party atmosphere, $3M condos above the $5B City Creek Mall, a sleek and posh downtown, and cutting edge LGBT laws, all will bring to Salt Lake City and to the Church, affluent, intelligent, sensitive converts, who rather than being future Church welfare recipients, will be high dollar tithing donors.

In somewhat recent news, the Church allowed Mitt Romney to hurl insults and allegations at then presidential candidate Donald Trump.  Among other things, he called him a phony, a fraud, and a crook.  He even criticized his red hats.  All at the Hinckley Institute in the Church’s own backyard.  Yet there was no repudiation of his un-Christian remarks.  No threat to his membership for embarrassing the Church.  And worst of all, no apologies from Romney himself for his traitorous conduct.

Then the Church decided to vicariously support (through Romney – their political point man) Evan McMullin to be the General Election spoiler.  I can’t tell you how many Mormon friends of mine tweeted or Facebooked how “grateful they were to finally have a candidate they could vote for that did not offend their consciences.”  None of those people apparently cared that a vote for Evan, the 40 year-old-bachelor-spy who had never changed a diaper let alone balanced a serious budget, was a vote for Hillary Clinton.  Perhaps Mitt could help spoil the election with this clean and articulate nobody and come in on a white horse to be the ever so amazing alternative when Trump or Hillary did not secure the nomination.  Such poor judgment from those who claim discernment and inspiration.

Now, Mr. Trump shows incredible “grace” as he entertains the Traitor-in-Chief Mitt Romney as his Secretary of State.  As many watch Romney they are slow to disconnect him from his Church.  Here he comes off as self-motivated, fake, petty, shallow, and back stabbing.  Of course all Mormons are not like this, but anyone who has lived in Utah long enough knows there are far too many like Mitt here.  The very flawed Trump has a lot more integrity than Mitt in my book.

Of course the Church was also quick to change its tune and to congratulate Mr. Trump when he won the election.  And as for Romney, he is now like an interviewee for the new stake president position — all coifed and primped to make his best appearance.  How sad.  If Romney had an ounce of integrity, he would turn down an opportunity to serve with a man he so recently loathed so much.  I personally think Trump is playing Romney to show to what lengths he will grovel.  Sad that Romney’s zeal for the position does not allow him to see he is being made fun of.  But as they say, no news is bad news, and hence the dilemma.

The Church’s latest publicity efforts have been with refugees.  Who isn’t sympathetic after all to displaced Syrian and Middle Eastern families who are now homeless?  Anyone with a heart wants to help these people.  But the Church wants to be front and center in showing the world how Christian we are, despite the risks of Jihadists that may slip through the cracks.  I wonder if the Church would change its tune if it was BYU that just had a refugee drive his car into a crowd of students on its campus, stabbing 10 or so people before being shot dead by police.  It’s all about the Thanksgiving photo op with Mohamed and Fatima and their children in Salt Lake City.  After all, Elder Uchdorf was a refugee.  Maybe this too will help expand our base and improve our brand. 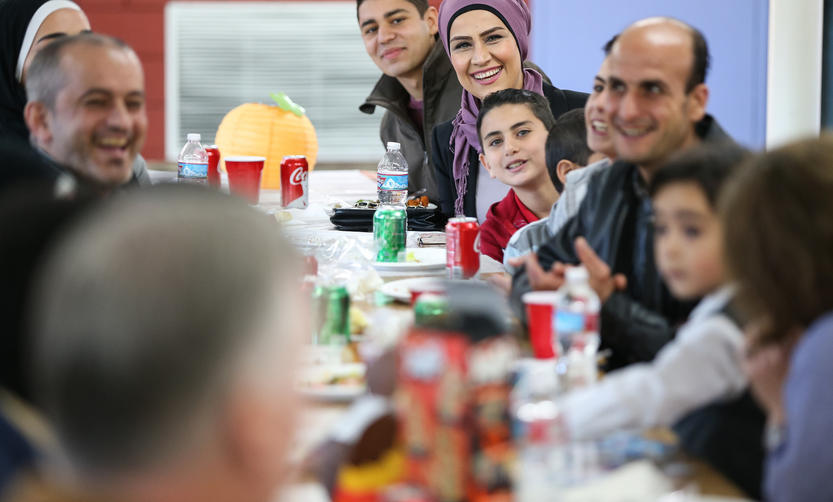 The Church has clearly changed its stance on immigration in general.  Too many Hispanic illegals in Church office in the US apparently helped soften the Church’s stance on the rule of law.

I’ve been very clear that I do not like this new direction.  The promotion of smut and blasphemy in Salt Lake City, the Church building projects that promote fine twined linen and lust.  The hubris of Mitt (and the Church) of thinking for a second that their efforts would lead to undermining Trump.  Even Rock Watterman predicted Trump would win the election.   A strange irony since the Church excommunicated him for simply having a blog.  Rock, by the Church’s definition can’t have the Holy Ghost.  But Rock was right.  All while Cruz, Romney, Kasich, Lee and all the never Trumpers (i.e. nearly the entire government establishment) and the Church swore he could not and would not win.  The continued pandering to groups that hate the Church.  The ceaseless idolatry of its leaders, while kicking out those who challenge them.  The list goes on.

Perhaps, just perhaps, members will wake up and actually “sustain” these leaders before its too late.  They have been left too long to their own devices.  And now we witness the rapid decline that comes from their poor choices.  Decided by surveys and argument without the Holy Ghost as their guide.

If we really cared we would speak up.  We are too much like the Government Establishment.  The Church is losing touch with its base.  The sad difference is that many of the Church’s base have been lulled into blind obedience and into allowing all the thinking to be done at the top.

The Church restored through Joseph would have never allowed such unchecked control.  Remember, Joseph submitted himself to the Nauvoo High Council, not just to be nice, but because it was Church law that the local stake presidencies and high councils were equal in authority to the First Presidency and the Quorum of the Twelve.  That little stake president and his tiny counselors and high council had the same power and authority as Thomas Monson and his leadership have today.

Could you imagine the ruckus today if a Stake President decided to hold a court on President Monson?  And yet that was how the Lord set up the Church through Joseph and even Joseph who was being charged with the ugly crime of adultery, humbly respected their authority.

According to Webster the word sustain means:

In my view, Joseph sustained the Nauvoo Stake and the Nauvoo Stake sustained Joseph.  What we do today is not sustaining.  It does not nourish and make healthy.  What we do today is robotic blind obedience.  Idolatry.  The result?  The Book of Mormon musical in Salt Lake City.  The Church pushing illegal immigration (instead of honoring and obeying and sustaining the law) and LGBT laws.  Open and avowed homosexual Boy Scout leaders.  Evan McMullin.  Mitt Romney.  And Utah being called the scam capital of the World.  Among many other things we have become known for as Mormons.

As LDS we focus so much on the vain, the outward appearance — the Mitt Romney look.  And as Romney is now displaying, he is an empty suit with a lot of smooth things to say that today ring hallow.  This is our brand, all in the name of the publicity dilemma.