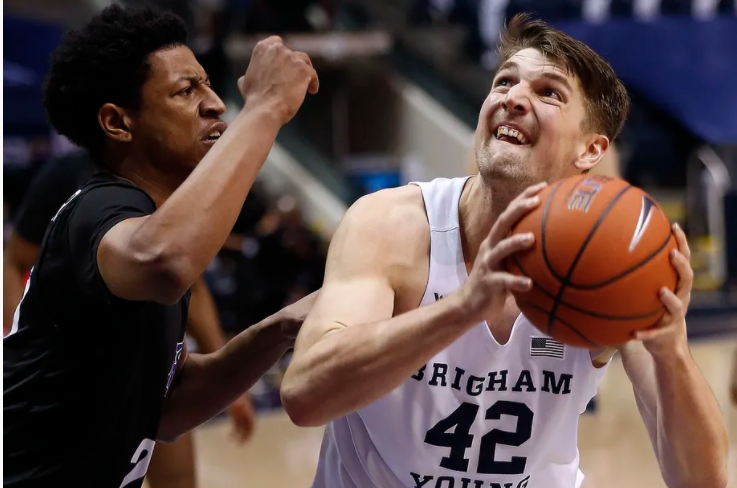 More than one month ago, I reported on the vaccine injury of Richard Harward and I said that every day that goes by that the Church is not transparent is further evidence of their dishonesty and willingness to cover up the truth to protect themselves.

As of today, December 23, 2021, the Church-owned Deseret News, BYU, KSL, and the entire leadership of the Church of Jesus Christ of Latter-day Saints, including, ironically heart surgeon and Church president Russell M. Nelson, are still complicit in a cover up that potentially affects the health and lives of millions of people just like Richard, who the Church and BYU coerced and apparently shamed into getting vaccinated.  Since Richard’s incident, the Church has doubled down on its position, calling vaccines a godsend from heaven to gather Israel on both sides of the veil, as it’s been reported by LDTruths.

The Deseret News decided to finally to publish something about Richard’s condition, which until December 14th, no Utah media outlet was reporting on.  They reported on knee injuries and other health updates of all of its players except for one.  Richard’s.  And now, they report that due to “a cardiovascular issue” Richard is stepping down from basketball.  Likely forever.  With NO mention of the vaccine whatsoever.   (Source)

The Citizen Free Press, an internationally respected conservative news outlet, is way ahead of any and all Utah news outlets in reporting the truth about this awful situation.

I was pleasantly surprised that CFP linked to my story as one of its sources.  But, that’s what real journalists do — they look under every rock and look at every possible source to try to get to the truth.

Thousands of people have left and/or have lost faith in the church and its leaders because of the lack of transparency.  See Mountain Meadows, polygamy, electric shock therapy, child abuse, missionaries abused at the MTC, finances, and much more.  One would think that the Church would be trying harder, given the exodus of so many of its once faithful members, and given its current abysmal growth numbers that, for the first time in at least 40 years, it isn’t reporting to local news outlets and other officials.  (Another story for another day).

It would seem the Church is more interested in protecting its own interests than in telling the truth and protecting the injured and vulnerable.  I propose the Brethren give their combined Church salaries to this young man for the next 30 years along with millions of dollars in restitution (of their own funds) and it still won’t be enough.  Why not remove one of their own names from the many buildings at BYU and place his name on it in the meantime?  Do something.  Saying and doing nothing speaks volumes.

I think it’s also important to shed light on other things the Church is now being strangely quiet about, namely LDS Apostle Gary Stevenson and his role in the company iFit.  The Salt Lake Tribune and other news outlets reported on this Apostle’s “special dispensation” granted to him by the Brethren which allowed him to, instead of go without purse or scrip, actually keep his purse, scrip, and 43 million shares as well as other income from his company iFit (aka Icon).

I have it from a credible source that iFit has struggled for decades with over $1+ billion in company debt.  Despite large annual revenues, its debt service costs have crippled the company and it’s been a problem it could not find anyone to help solve, for years and years.  During all those years, Gary and his business partner, insisted that no matter how much the company might lose in a given year, they would pay themselves millions a year each in salaries.  I assume this is why it was reported that “$53.2 million in loans to managers” would be forgiven as part of the IPO transaction.

I once met a woman who lived down the street from Stevenson for decades.  For 10+ years she worked for him at iFit.  She had 8 children and a deadbeat husband in prison.  She worked the graveyard shift on the assembly line in very poor working conditions, making $11 an hour.  The pay was so little that she was forced to also have a day job at Walmart.  This poor woman worked 80+ hours a week while trying to care for her children’s’ needs.  I’m told she explained her dilemma to her neighbor Gary, whose Logan home is reported to be more than 12,000 square feet, and asked him for a raise.  He told her he could not give her a raise because “it would set the wrong precedent.”

In line with this sad tale is the recent Herald Journal reporting that iFit just laid off an undisclosed number of employees right before the holidays:

Lindsey Lundholm worked as a software tester and was one of the employees terminated on Friday. She wrote about her experience on social media the following Monday — in a post that has garnered over 100 likes and more than 150 comments. “We were told so many times in meetings that the company was growing and doing so well and to refer our friends,” Lundholm said. “A few weeks later, Friday, I get asked to join a Zoom meeting. It was the testing supervisor and an HR representative. They proceeded to tell me that I was getting laid off, that I had until the end of the day.” Lundholm stated the representative and supervisor said they had to cut back on employees and that the department was hit hard. Soon after, she was locked out of company Wi-Fi and removed from a workplace chat app.  “I would guess at least half of my team was laid off that day,” Lundholm added.  “I just feel iFIT isn’t telling the truth,” he said. “They go off telling people how profitable their Black Friday was but then why are they experiencing so many layoffs? … It feels that iFit’s ethics are nonexistent.”  An employee in the home delivery department, who asked not to be identified, said she had no warning she would be let go. She said she was told during her termination that she would be put down for immediate rehire. “There is no such thing, as I found out later,” she said. “Then when I applied for unemployment, they put down that I was fired, which was not the case, and put misconduct and attendance as the reasoning.”  (Source)

It should be noted that IFit’s IPO is now on hold because it’s being sued by two different large corporations, Peleton and Hyperice, for alleged patent infringements, which could ruin its hopes for an IPO at all.

Last checked, Gary Stevenson has at least 3 very large homes, which I’ve been told are all over 10,000 square feet each.  Yet, his company lays off employees at Christmas time, carries a billion dollars in expensive debt, refuses to give a poor woman with 8 kids and no husband a raise and borrows millions in potentially phantom loans from the company for himself and partner.

It’s also concerning to many who have looked into this more than I have, whether Stevenson has used his position as presiding bishop and apostle to advance his personal business interests, which almost made him the first billionaire apostle.  Keep in mind that as presiding bishop, Stevenson was one of only 7 people on earth to know about and to oversee the Ensign Peak 100+ billion dollar fund.  Might there be conflicts of interest that arise while managing such funds and while being in need of funds for his own company?

One could also wonder if the Church has given special pricing for some of the ads we’ve seen from iFit (NordicTrack) in between General Conference sessions.

I don’t mean to pick on Elder Stevenson nor do I wish him any ill will.  I’m sure he’s likely a very nice person.  But, when a person holds the sacred office of Apostle and maintains such public business interests, there needs to be public transparency and public scrutiny for there to be also integrity and public confidence.  Especially when he and his company decide to lay people off during Christmas and are being sued for stealing someone else’s patents.

In contrast, Joseph Smith was petitioning for bankruptcy at the time of his death.  He could have been the first millionaire West of the Mississippi like Brigham Young, but instead Joseph gave any spare money he had to the poor and spent months in jail unjustly accused of things he didn’t do.  He was known as a poor businessman for giving away his store’s goods, giving away his horses, taking in other people’s children all while trying to care for his own family and was never paid a salary for his labors with the church.  Joseph was also falsely accused as he is today… by his own Church and lamented before his death that no one really knew him and that if his life was of no value to his friends it was of none to him.

Most sad of all for me today is that on this the 23rd day of December, the Church does not remember or honor this man’s birthday.  Not on their website.  Not on Church News or Deseret News.  It highlights Russell Nelson and #lighting the world and job training and CoVid and temples and missionary work in the DRC and interfaith concerts and temple square renovations and President Oaks in Rome…  But not a peep about today being the day Joseph Smith was born.

Joseph died trying to expose darkness.  He fought against polygamy, called out impostors, stood against the mobs with boldness and went as a lamb to the slaughter in June of 1844… another day the Church no longer commemorates.  Joseph knew Christ and not only saw Him, but he lived and died by His words.  He was a true prophet and if he were here today, I think he would not be well received by today’s church.